Oregon
Bioscience Association releases its new
economic impact report which points to a highly diverse
workforce, combined $10.7 billion footprint (with $4 billion of that in
‘new money’) and continued notable gains in wages and jobs touching
virtually every other sector in the economy, including $1.1 billion in
state and federal taxes paid and $3.9 billion in exports 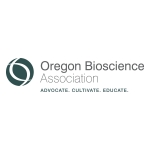 The newest study underscores how Oregon’s bioscience and health research
sectors provide high-paying, skilled jobs, while showing increased
exports, as well as substantial contributions to the economy via taxes
and overall economic activity.

The total economic impacts include the direct impacts of the bioscience
industry plus additional supply-chain and consumption-driven impacts. In
2017, the total impacts in Oregon consist of:

“It is compelling to note that Oregon’s biotech and health research
sectors reside in all sizes of companies from start up to scale up to
medium sized to very large,” said Oregon Bioscience Association’s
Executive Director Liisa Bozinovic. “And the increased diversity shows
larger numbers of women and minorities work in our sector.”

“Our analysis again shows bioscience industry generates economic
activity in every sector of the Oregon economy,” said Alec Josephson of
Pinnacle Economics who conducted the study. “The industry is healthy and
with health comes growth.” He notes the employment multiplier of 2.5
suggests for every 10 bioscience jobs, the industry supports an
additional 15 jobs in other sectors of the economy. He adds the income
multiplier of 1.8 shows for every $1 million in income directly
generated in the bioscience industry, another $800,000 in income occurs
for other workers/industries.

Oregon’s report accessed government data using NAICS codes, which are
used in national bio-industry benchmarking and are comparable to the
most recent report by TEConomy/BIO found at https://www.bio.org/value-bioscience-innovation-growing-jobs-and-improving-quality-life-2018.

As an outward-facing industry, the local bioscience industry exported
$3.8 billion in goods and services, which is 66 percent of total
production. Coupled with federal research awards, Oregon’s biotech
sector brings more than $4 billion in ‘new money’ to Oregon.

Notably, the local biotech and health research economy is home to an
increasing number of well-paid, skilled jobs held by women and
minorities. About 46 percent of total bioscience and related industry
jobs are held by women and 22 percent are held by minorities out of a
total of 47,238 jobs in Oregon in 2017.

Additionally, Oregon bio companies/firms are varied in size and
location. Of note, the bioscience industry exists in nearly every county
of Oregon, with 43 percent of firms/companies located outside of
Portland, generating $427 million in wages and employing 6,778 persons.
Much of the recent growth between 2014 and 2017 occurred south of
Portland, alongside the I-5 corridor.

“The bio sector here is thriving and continues to outshine the state
averages with higher wages, more jobs, a growing number of bio
companies/firms and more funding from federal sources for research than
previous studies. It will be important to protect and preserve this
growth so our expanding industry can continue to support Oregon’s
diverse economy,” added Bozinovic.

Adds Bozinovic, “National BIO’s report, commissioned by TEConomy
underscores our local findings as well, and includes more good news
regarding higher venture capital funding and a higher number of
bio-related patents than in previous studies.” The TEConomy
report on Oregon can be found at https://www.bio.org/value-bioscience-innovation-growing-jobs-and-improving-quality-life-2018.

The Oregon
Bioscience Association advocates for its members and the industry
to create opportunity through advocacy, cultivation and education.
Oregon Bio promotes the growth and quality of the bioscience industry in
Oregon and continually seeks ways to support sustainability and growth
in the life science, bioscience, biotechnology and device manufacturing
industries and to create acceleration initiatives so members can achieve
their full scientific, economic and social potential. Oregon Bio, a
nonprofit membership association, is both the Oregon affiliate of BIO (Biotechnology
Innovation Organization), and
AdvaMed (Advanced
Medical Technology Association).

BIO found in 2016 Oregon’s jobs in biotech grew faster than most
other U.S. markets. The “Value
of Bioscience Innovation in Growing Jobs and Improving Quality of Life
2018” report showed Oregon attracted $76.5 million in venture
capital investments between 2014-2017 and 1,274 bioscience and related
patents. BIO also found Oregon is emerging in several bioscience areas,
with job growth in four of the five major subsectors from 2007 to 2016.
Oregon’s share of NIH funding grew every year since 2016.