TAMPA, Fla.–(BUSINESS WIRE)–#AAIC2019–Alzamend Neuro™, Inc. (Alzamend™ or the “Company”) announced today that its senior management team led by Stephan Jackman, the Company’s CEO, and Ken Cragun, the Company’s CFO, will be participating in the annual Alzheimer’s Association International Conference® being held in Los Angeles, CA, from July 12 through July 18, 2019 at the L.A. Convention Center. Also attending will be the Company’s Executive Chairman, Milton “Todd” Ault, III; Dr. Chuanhai Cao, Assistant Professor at both the USF Health, College of Medicine Neurology and USF Health Pharmaceutical Sciences, College of Pharmacy and the primary inventor of CAO22W; and Dr. Roland “Doug” Shytle, Associate Professor at the USF Health Center of Excellence for Aging & Brain Repair and one of the inventors of LiProSal™. Alzamend is sponsoring the participation of both Dr. Cao’s and Dr. Shytle’s at AAIC 2019 as each have been selected by AAIC 2019 to present a poster educating conference attendees about each of their therapeutic solution. The Company is very proud that both researchers were selected by the AAIC and bestowed the honor of being poster presenter. 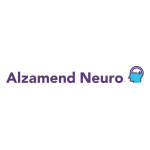 CAO22W is a patented mutant-peptide immunotherapy (CAO22W) for use as a treatment or vaccine and LiProSal™ is a lithium-based ionic cocrystal therapy that may greatly reduce or eliminate the symptoms of agitation and other endpoints for mild to moderate stage patients diagnosed with AD.

The Company’s senior management stated it is the goal of the team to meet with current associates, supporters and investors, and they look forward to networking with participants from universities, research centers and industry and attending many of the informative seminars, scientific and plenary sessions and the exposition featuring over 115 exhibitors.

The Alzheimer’s Association International Conference® is the largest and most influential international meeting dedicated to advancing dementia science. Each year, AAIC® convenes the world’s leading basic science and clinical researchers, next-generation investigators, clinicians and the care research community to share research discoveries that’ll lead to methods of prevention and treatment and improvements in the diagnosis of Alzheimer’s disease. It has been estimated that between 6,000 to 8,000 individuals will be attending this year’s event and potentially breaking records for this event. Every year, the Alzheimer’s Association International Conference® (AAIC®) brings together thousands of professionals involved in dementia science. These world-renowned basic and clinical researchers, early career investigators, clinicians and care research community members share advancements in this field and explore the latest information on products and services in these categories:

In the U.S., Alzheimer’s disease is the most prevalent form of dementia, estimated to effect over 5.8 million adults today. The company’s goal is to move two therapeutic technologies out of the research and preclinical testing stages into clinical trials as it works toward commercialization. It is projected that by the year 2050, one in three seniors will have AD or another form of dementia and the disease may affect as many as 88 million adults if a cure is not found. Alzheimer’s disease is one of the costliest chronic diseases in the United States and the 2019 economic impact to society was $293 billion.

The Company recommends its shareholders and any interested parties read its public reports and financial statements filed with the Securities and Exchange Commission for further information. All public filings, financial statements, management profiles and other Company information are available on the Company’s web site, www.Alzamend.com™.

Alzamend Neuro™, Inc. is a Delaware corporation with its corporate headquarters in the State of Florida. The mission of Alzamend Neuro™ is to support the full product development life cycle of treatment and cures for Alzheimer’s driven by the belief that strong support of research is the foundation for true innovation. The Company is providing current hope through the commercialization of existing patented intellectual property and know-how while simultaneously funding future hope through advanced research and development. Alzamend Neuro’s™ underlying goal is to get a treatment or cure for Alzheimer’s to market at a reasonable cost as quickly as possible. Far too many suffer daily, patients and caretakers alike, from the burden created by the nation’s 6th leading cause of death and ‘most feared disease.’

The vision of Alzamend Neuro™ has been to license CAO22W®, the patented mutant peptide for use in immunotherapy and LiProSal, a lithium-based ionic cocrystal oral therapy for patients that have long suffered with the effects of AD from the University of South Florida. There are no profound treatments today for Alzheimer’s. With CAO22W® and LiProSal™, the Company is very hopeful that Alzamend™ can change that. It is one of the Company’s strategic goals to support the continuing research by the teams at the USF Health Byrd Alzheimer’s Institute and other USF Health Colleges to develop and commercialize their results into meaningful solutions.

From his family’s personal experience with relatives having been afflicted with AD, Mr. Milton “Todd” Ault, III, the Company’s Founder and Executive Chairman, diligently studied the status of treatments and the landscape of medical technology. Mr. Ault selected USF and its formative intellectual property and formed Alzamend Neuro™. With over twenty-seven years of experience on Wall Street as an activist driven by his relentless passion for business and technology, Mr. Ault’s efforts have culminated in a commitment to depart from the traditional while forging ahead with an innovative, yet disruptive path to financing the commercialization and the discovery of future solutions.

Certain statements in this news release may contain forward-looking information within the meaning of Rule 175 under the Securities Act of 1933 and Rule 3b-6 under the Securities Exchange Act of 1934, and those statements are subject to the safe harbor created by those rules. All statements, other than statements of fact, included in this release, including, without limitation, statements regarding potential plans and objectives of the Company, are forward-looking statements that involve risks and uncertainties. There can be no assurance that such statements will prove to be accurate and actual results and future events could differ materially from those anticipated in such statements. The Company cautions that these forward-looking statements are further qualified by other factors. The Company undertakes no obligation to publicly update or revise any statements in this release, whether as a result of new information, future events or otherwise.